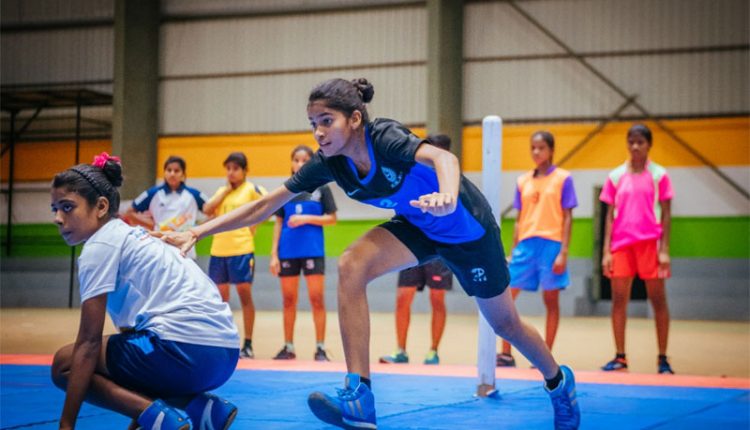 Focus is on holistic development of the probables

Bhubaneswar(Kalinga Voice) : Kho Kho is one of the most popular indigenous games of the country, along with kabaddi and it gained immense popularity in Maharashtra, which continues to dominate the sport. Close on their heels is Odisha which upset them in the final at the National Championship for sub-junior girls in Ranchi in 2019. The Odisha boys’ team also finished credible runners-up behind Maharashtra in the previous National Championship. In the Khelo India Youth Games, the Odisha U21 women’s team won two consecutive bronze medals in the 2020 and 2019 editions respectively.

Odisha is now aiming to become a top force at the national level and hopes to field many players in the national team when the sport makes its debut in the Asian Games.

For this Sports and Youth Services Department, Government of Odisha, in association with Odisha Kho Kho association are conducting  astate level Kho Kho training camp for probable of U-18 boys and girls, for the preparation of Khelo India Youth Games, 2021 to be held in February, 2022 in Panchkula (Haryana) and other National Championships.

The first phase of the training was held in April- June 2021 at the state-of-the-art indoor hall at KIIT Universitycamp and the 2nd phase of the training camp kicked off on July 8, 2021 and is still ongoing at the KIIT  campus with the best 40 probable of the state (20 each for boys and girls) under the guidance of expert coaches.

The camp probable underwent a fitness test, which was conducted by a high-performance specialist, Lt. Colonel A Rajesh (Retd.) and his team at the  Kalinga Stadium Sports Complex, Bhubaneswar. For their timely and smooth recovery from hectic training, the campers have been provided boarding and lodging in the KISS hostels. Sports science support is the key to high performance and the kho kho campers are backed with a complete array of sports science and support staff, led by high-performance specialist, Lt Colonel A Rajesh (retd.), sports exercise science specialist, Dr P.S.M Chandran, and supported by a nutritionist, physiotherapist, sports psychologist, and a strength and conditioning trainer.

The campers are undergoing training under the watchful eyes of two top coaches of the state, Shri Chintamani Pradhan and Ms Sasmita Ojha for the boys and girls campers respectively. Chintamani is a veteran of numerous national campaigns, while the young and dynamic Sasmita holds a diploma in Kho-Kho and kabbadi from the National Institute of Sports in Patiala.