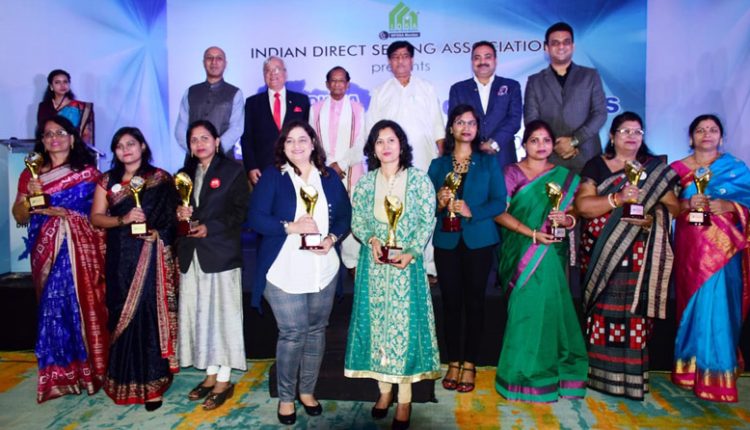 Bhubaneswar :  Direct selling industry in Odisha has recorded a growth rate of 13.3% despite adverse business conditions caused by the Covid19 pandemic, reaching an all-time high of Rs 1034 cr. during the Financial Year 2020-21, according to an Annual Survey Report released by Indian Direct Selling Association (IDSA) here on Saturday.

Statistics of the report show an increase of more than Rs 121 cr. in sales over the previous FY figure of Rs 912.60 cr. and indicate that the business model remains a popular source of a sustainable or additional revenue source in the state.

Direct selling in Odisha contributed nearly Rs 150 cr. to the state exchequer as GST during the year, and it ranked fifth in terms of sales among the top 10 states of the country. With a total of around 3.34 lakh direct sellers, of which nearly 1.5 lakh are women, the state contributed around 5.72% i.e. Rs 1034 crore to the gross national sales that stood at Rs 18,067 cr. during the period compared to 5.44 % in 2019-20, the report says.

The state also maintained third place in sales in the Eastern region. The region, comprised of four states of West Bengal, Bihar, Odisha and Jharkhand, maintained its second position on the national direct selling map with a total business turnover of Rs 4708 cr., 26.04 % of the national gross sales, and over 26.57 lakh direct sellers, the report further elaborates.

Speaking on the occasion Shri.Surjya Nayaran Patro, Speaker, Odisha Legislative Assembly, extended his best wishes to the IDSA for releasing the Statistic Data on direct selling in Odisha. He said that direct selling is a fast growing sector in the country which is presently providing opportunities to lakhs of countrymen including state of Odisha for self-employment, start-ups, earning livelihood and alternative resources and socio-economic empowerment.

Emphasizing the need to ensure the compliance of Direct Selling Rules, notified by the Union Government to protect the consumers interests Sh Ranendra Pratap Swain, Minister for Food supplies, Consumer Welfare and Cooperation said keeping in view the expansion of direct selling industry in the state, there is a need to set Monitoring mechanism as specified in the rules,  so as to protect the consumers interests. He also advised the IDSA to come forward to help the state government in setting up of the proposed monitoring mechanism.

The other dignitaries present on the occasion were Mr Vivek Katoch, Vice Chairman, IDSA and  Prof Bejon Misra, Advisor to the Government of Odisha,

Mr. Rajat Banerji, Chairman, IDSA, said, “Odisha continues to be a key market for the direct selling industry. With a double-digit growth of over 13%, Odisha is the 5th largest market for the industry,” while speaking on the occasion and the status of Direct Selling in India during FY 2020-21.

“Direct Selling has provided sustainable self-employment and micro-entrepreneurship opportunities for over 79 lakh Indians. Direct selling has demonstrated consistent and sustained growth with a CAGR of 12 percent over the past five years. Despite some minor blips during the first wave of the Covid pandemic in 2020, the Industry has shown resilience and sustainability. The 18 member Companies of IDSA can confidently lay claim in successfully protecting consumer interest as well as that of the 3.34 lakh direct sellers in Odisha,” adds Banerji.

India Country Consultation on Elimination of Child Labour by 2025

Amazon has cumulatively created over 11.6 lakh direct and indirect jobs;