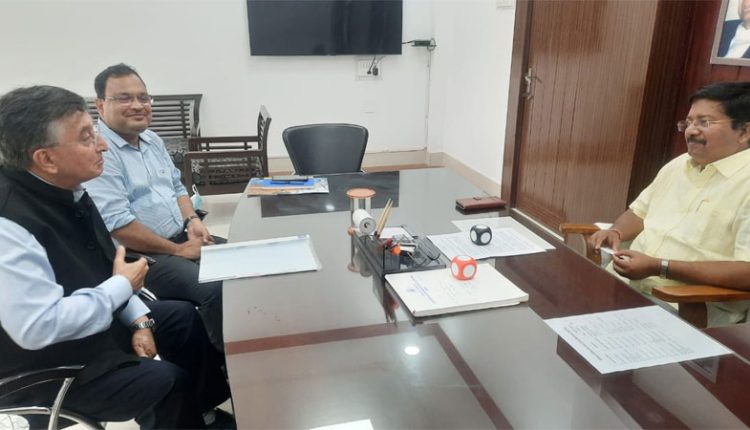 Bhubaneswar,(Kalinga Voice) : Mr Bishow Parajuli, Country Director World Food Programme called on Mr Atanu Sabyasachi Nayak, Minister Food Supply & Consumer Welfare, Cooperation in Lok-Seba Bhawan today . During discussion, Mr Parajuli highly appreciated the steps taken by the Government of Odisha in the implementation of the National Food Security Act for which it has been ranked as no.1 performing state in the Country. He also appreciated Odisha Government for providing best support & cooperation for the activities of WFP . They are also going to have one Centre of Excellence in Odisha .

During the discussion Minister Sri Nayak informed that the State Government has already started rice fortification programme on pilot basis in Malkangiri district and has requested for base line and end line survey of rice fortification programme under PDS . It is also required to carry out an extensive IEC activity educating the PDS beneficiaries and other stake holders like millers , FPS dealers and Civil Supply functionaries about the benefit of fortified rice. This activity should be undertaken in all implementing districts .Sri Nayak while thanking for the support WPF have extended for setting up of Grain ATM in Bhubaneswar Municipal Corporation , requested to provide at least two machines each for the five Municipal Corporations in the State.
During the discussion Mr Himansu S Bal , Odisha Head WFP and other Officers were present,