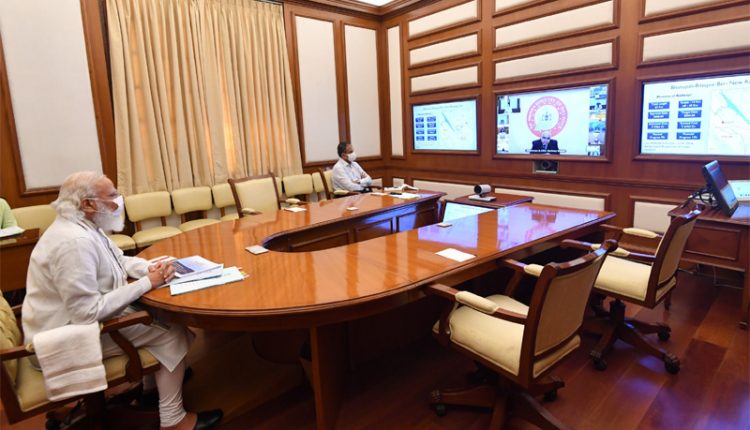 PM too reviews ‘One Nation, One Ration Card’ scheme

Stresses on leveraging technological platforms under the scheme to ensure maximum benefits for eligible citizens.

The Prime Minister stressed on the significance of timely completion of these projects.

During the interaction, the Prime Minister reviewed the scheme of ‘One Nation – One Ration Card’ (ONORC). He asked the officials to explore the multiple utilities of the technological platform developed under the scheme to ensure provision of a wide array of benefits to the citizens.

Prime minister also directed the state officials to keep monitoring construction of oxygen plants and availability of hospital beds.  In the previous 36 PRAGATI meetings, 292 projects having a total cost of 13.78 lakh crore have been reviewed.