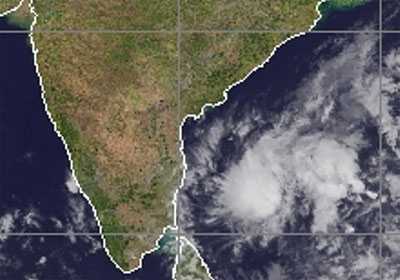 Bhubaneswar, (Kalinga Voice) : A low pressure area (LOPAR) is likely to develop next week in the north-west Bay of Bengal as conditions had become favourable for shifting of the monsoon trough from the foothills of the Himalayas towards thesouth, according to the Centre for Environment and Climate (CEC), SOA Deemed to be University here.
The LOPAR is likely to form around August 3 over the north-west Bay of Bengal and its nearby region. It was likely to be strengthened by its merger with another low pressure area which was moving from the South China Sea on August 4 which would lead to decrease of pressure in north-west Bay of Bengal, Dr. Sarat Chandra Sahu, Director, CEC, said on Friday.
Under its influence, rainfall would increase in coastal Odisha from August 3 with heavy to very heavy rainfall likely on August 4 and 5. There would be widespread rainfall in Odisha between August 4 and 6 and heavy to very heavy precipitation in the districts of Kendrapara, Jagatsinghpur, Puri, Khurda, Cuttack, Nayagarh, Ganjam, Kandhamal, Balangir, Dhenkanal, Angul, Sonepur, Boudh, Nuapada, Nabarangpur, Sambalpur, Bargarh, Jharsuguda and Kalahandi during the same period, he said.