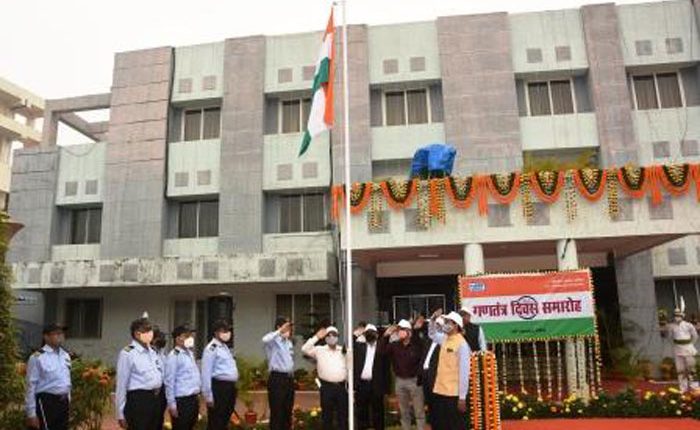 The 72th Republic Day was celebrated with patriotic fervor in  NTPC Regional Office Bhubaneswar and in all the NTPC Power Plants in Orissa  . The flag hoisting ceremony was conducted in NTPC Bhubaneswar which was witnessed by large number of employees of Eastern Region II through MS Team . All necessary covid 19 protocol and norms were observed during the function. Among those present on the occasion were, Shri Milan Kumar, GM(HR), Shri H.S.Sahu, GM(OS), Shri A.K.Parhi , GM(DDUGJY)  and  Shri  G.D.Joshi GM( PEM) .

In his message to the employees of Eastern Region 2 , the Regional Executive Director (ERII),  Shri A.K.Pandey  said NTPC Group generated its highest ever day gross generation of 1009 Million Units on 18th January, 2021. This achievement reinforces group’s commitment towards excellence in operation across its power stations. He informed that NTPC aims to be 130,000 MW company by 2032 with diversified fuel mix. He further said that in all India PLF ranking up to Dec’ 20, two of NTPC Eastern Region stations are within best 10 power stations in India. Talcher Thermal at 6th rank with PLF 88.37% and Talcher Kaniha at 10th rank with PLF of 85.02%. While referring to DDUGJY projects being implemented  in Orissa by NTPC, almost 97% of the electrical infrastructure work is completed in nearly 17000 villages, Shri Pandey in his message said.

While referring to some of the  CSR works undertaken by NTPC , Shri Pandey informed that NTPC has provided Rupees One Crore as financial assistance for construction of English Medium School in Kalahandi . COVID Health Care Centre with isolation facility for 200 patients at Sundargarh Medical College & Hospital at a cost of Rs 418 Cr which was inaugurated on 20.04.2020 by Hon’ble Chief Minister of Odisha.  A 10 bedded COVID Hospital with tele-health services in association with Apollo hospitals, was launched at NTPC Talcher Kaniha on 04.09.2020 NTPC,   extended help to Govt. of Orissa for the establishment, operation and management of Salandi hospital, Bhadrak to function as  Covid Care Centre with a cost of Rs 2.1 Crore.

Flag hoisting ceremonies were also held  at NTPC Power plants at Talcher Kaniha and  Talcher Thermal in Angul district, Darlipali in Sundargarh district and in Bongaigaon in Assam . The heads of the projects of the respective plants hoisted the national tricolor .

Naveen wished blessings of all for building a new Odisha. 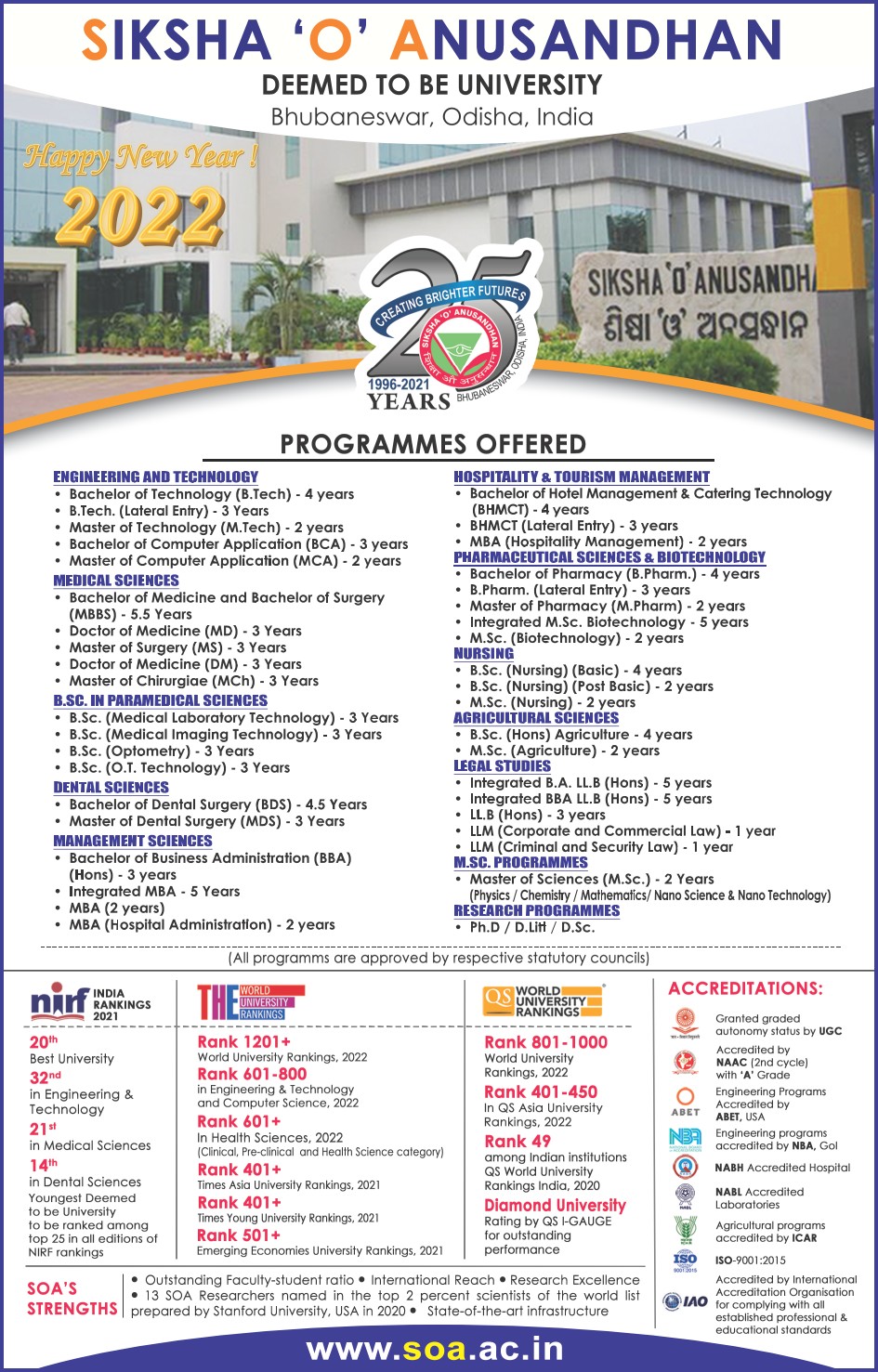 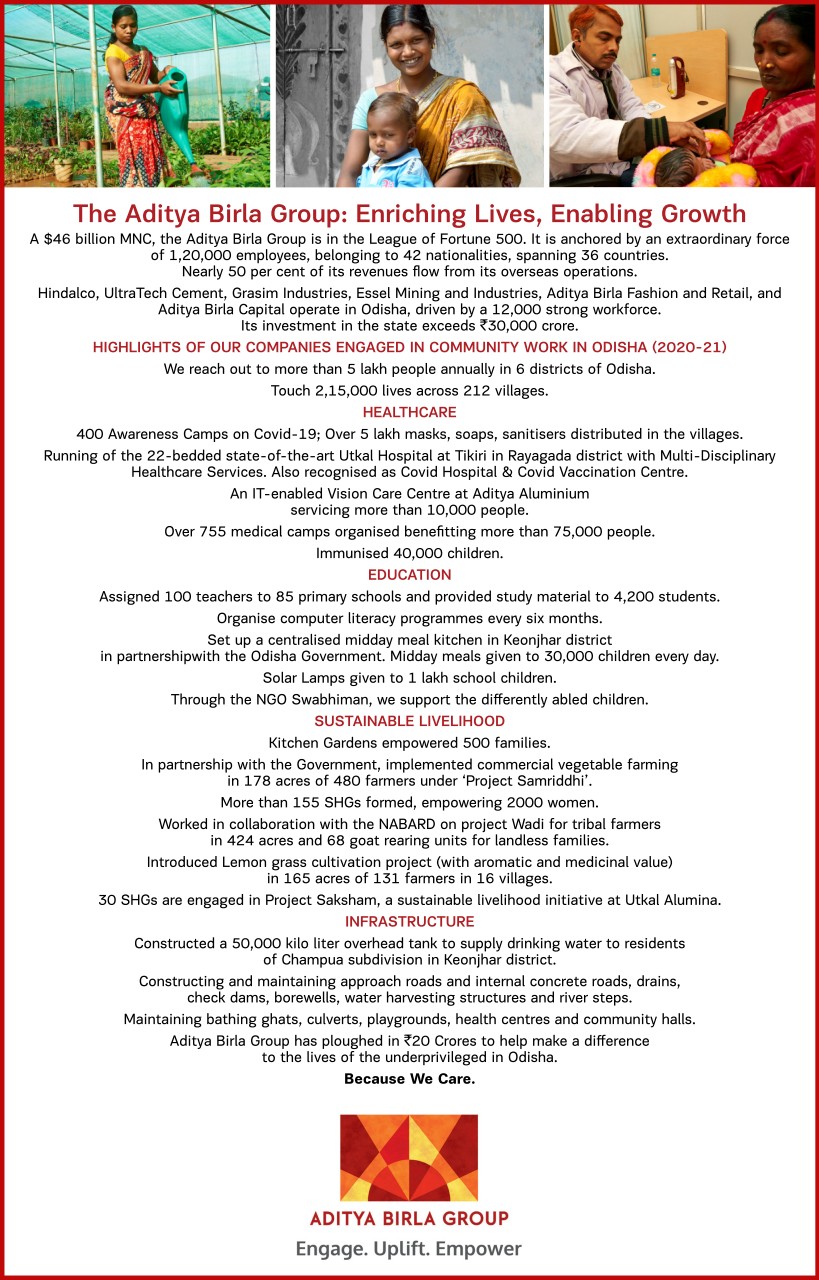