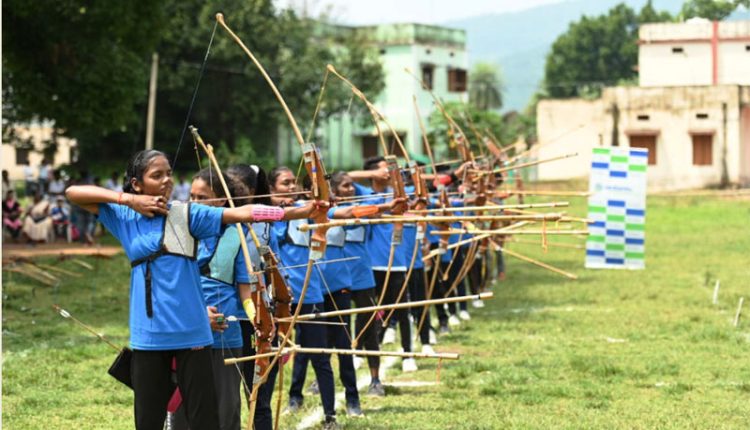 Lauding the efforts of the participants, Mr. GG Pal, Dy. CEO – Alumina Business, Vedanta Limited, said, “Judging from the sheer range of skills on display in today’s competition, it is heartening to witness the impact our archery training program has had on Lanjigarh’s youth. I extend my hearty congratulations to the qualifying participants and wish them the best for the upcoming state championship. Through developmental initiatives at the grassroots level, we are passionately nurturing the next generation of archery stars from our communities. We remain committed to building on these successes and creating avenues for the local youth to develop their innate skills.”

Appreciating Vedanta Lanjigarh’s initiative to promote archery in the district, Mr. Jagamohan Pattanaik, General Secretary, KDAA, President Odisha Olympic Association said, “It is a historic event that we have witnessed here today in Lanjigarh. It was organised in collaboration with Vedanta, and I thank the company for its endeavours towards the promotion of sports in remote locations such as these. I also express my best wishes to the qualifying participants from today’s competition, who are now going on to participate in the state competition.

Vedanta Lanjigarh’ s developmental interventions in education, health, livelihood, skill development, infrastructure development, sports & culture, are aimed at improving the quality of life of local communities. Under the sports dimension, the company envisions building a sustainable ecosystem of high-performance sporting culture that allows its participants to aim for the highest laurels in their chosen sport.  At Lanjigarh, the company has been actively supporting several sporting events and professional training programs in archery and karate for local youths. These initiatives also include providing quality equipment that enables the youths to compete on the state and national level with their peers. At present, the company supports the training of over 40 students in archery and 60 students in karate at the SSD High School, Lanjigarh.

Simanchal Kadraka is one such youth who, buoyed by the confidence imparted through the training sessions, has outperformed his peers and is now a national champion in the sport. The company has created a short film on his efforts to inspire many more youngsters, which can be viewed here: https://youtu.be/cM9iNX0z2RU.

Vedanta Aluminium, a business of Vedanta Limited, is India’s largest producer of aluminium, manufacturing half of India’s aluminium i.e., 2.26 million tonnes in FY22. It is a leader in value-added aluminium products that find critical applications in core industries. Vedanta Aluminium ranks 4th in the Dow Jones Sustainability Index (DJSI) 2021 world rankings for aluminium industry, a reflection of its sustainable development practices. The company operates a 2 MTPA (million tonnes per annum) capacity alumina refinery in Lanjigarh (Kalahandi district, Odisha), India since 2007 and an associated 75 MW captive power plant. With its world-class aluminium smelters, alumina refinery and power plants in India, the company fulfils its mission of spurring emerging applications of aluminium as the ‘Metal of the Future’ for a greener tomorrow.