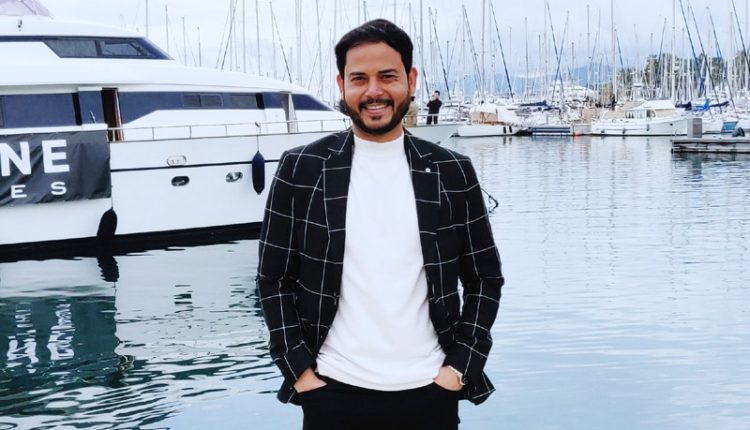 New Delhi(Kalinga Voice) : Odisha born, internationally acclaimed filmmaker, promoter, curator andfestival director of Smile International film festival for children and youth – SIFFCY,  Jitendra Mishra has been selected Jury for the prestigious 29thKineko International Children’s Film Festival in Japan,scheduled from 18th of this month. Along with other international co-juror from different countries, Jitendra is going to judge films for three major awards of the festival this year; Best international film, Best Japanese film and CIFEJ Prize of the year.

Kineko International Children’s Film Festival was founded in 1992 with its original name “Tokyo Kinder Film Festival” and has become the largest film festival for children in Japan. Every summer, the festival welcomes over 10,000 children, adults, media professionals, international guests to the screenings and interactive workshops.The festival introduces opportunities for Japanese children to experience cinemas around the world, animations, international cultural exchange programs and one of the most unique features.This Festival also features year-round screenings and media literacy workshops for children around the cities of Japan.

Born in Titlagarh, Odisha, Jitendra Mishra is one of the few Indian film producers and promoters who have been able to create a benchmark in ‘Alternative methods of Film Production, Distribution and Promotion’ at international level. Committed towards meaningful cinema, Jitendra has already been associated with the production, distribution and promotion of more than 110 films in different categories and various capacities all together. Many of them have got worldwide acclamation and recognition. The Last Color, Burried Seeds, Desires of the Heart and Human Oak are few recent films among others.

“I am honored to have received the Jury invitation from such a credible international event, I would like to thank Mr Mitsuo Tahira the festival director and the entire team of KINEKO film festival.I have been privileged enoughin getting opportunities to watch latest,unreleased or recently released films from across the globe as a Jurythat helpesme curate films from divestified genre and countries for our own festival SIFFCY. It also gives me opportunities to learn aboutlatest global trends , exchange ideas among industry leaders and implement them for our own endeavor. I amalways grateful toSmile Foundation for creating such opportunities,”said Jitendra on this occasion.

Awarded with the prestigious ‘Son of Odisha’, ‘Young Jury, ‘Youth Icon’, ‘Youth inspiration’& many other awards, Jitendra has been the festival director of the unique film festival and forum SIFFCY-an initiative of India’s leading development organization Smile Foundation. Currently Jitendra is the elected president of one world’s largest and oldest global network of media professionalsCIFEJ that was formedunder the auspices of UNESCOin 1955, Jitendra has been representing SIFFCYat CIFEJ since beginning. Jitendra has also been a member of Cannes producers network and already been invited as Jury to more than 40 different international film festivals and forums.

Telecommunication Development and Digitalization in Arctic Discussed at SPIEF