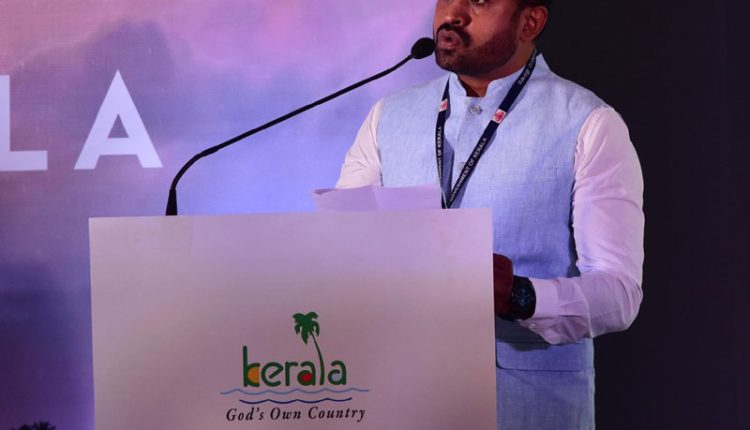 Bhubaneswar: Spurred by the success of its initiatives during the festival season that triggered a huge spike in domestic tourist arrivals, Kerala Tourism has chalked out a slew of programmes for the winter to attract a still higher number of visitors from within the country and outside. Tourism Minister Shri PA Mohamed Riyas said the recently concluded festival season was positive for Kerala’s tourism with a large number of domestic tourists visiting the state and reaffirming its touristy appeal in the post-COVID phase.

“We are looking forward to promoting the winter holiday season even in a bigger way in Kerala, which has been included in TIME magazine’s 50 Extraordinary Destinations of the World to explore in 2022. The state’s uniqueness lies in a variety of experiences awaiting the tourists like houseboats, caravan stays, jungle lodges, plantation visits, homestays, Ayurveda-based wellness solutions, and countrywide walks besides adventure activities, including trekking to verdant hills,” he pointed out.

The recently concluded Champions Boat League (CBL) attracted thousands of tourists, travel bloggers and travel photographers from all over the country. The globally acclaimed Kochi-Muziris Biennale (KMB), to be held during December 2022-April 2023, will attract tourists from both India and abroad, he said, exuding confidence.

Tourism Principal Secretary Shri K S Srinivas said the state’s tourism and hospitality industry has already regained the pre-pandemic robustness. “This is evident from the fact that Kerala recorded a staggering 196 per cent spike in domestic tourist arrivals during the first three quarters of the current year as compared to the corresponding period a year earlier,” he added. Kerala recorded a total of 1,33,80,000 domestic tourists in the nine months till this September, registering a 1.49 per cent increase as compared to the same period of pre-COVID 2019.

Shri Srinivas also mentioned about ‘Keravan Kerala’, the state’s game-changing caravan tourism initiative that has elicited tremendous response from the industry within a short period of time. “Our efforts are geared towards facilitating tourists to visit unexplored places that dot our scenic state,” he said.

Tourism Director Shri P B Nooh said, “We have made elaborate plans to give an effective thrust to showcase Kerala’s new projects as well as its core assets like beaches, hill stations, houseboats and backwater segment to heighten the totality of visitor experience.

“The considerable uptick in domestic tourist arrivals was made possible by showcasing new products like ‘Keravan Kerala’, which were ably complemented by meticulously crafted promotional and marketing strategies that included participation in Kerala Travel Mart,” Shri P B Nooh said, adding: “Our new initiatives to promote tourism are in tune with ecological imperatives and sustainability.”

Various media such as print, TV, radio and digital platforms are also being leveraged for this purpose, he informed. “We are making efforts in full throttle to showcase Kerala as an absolutely safe, alluring and hospitable destination for visitors from across the globe.”

The first set of B2B partnership meets held in Mumbai, Pune, Nagpur and Indore during November had a highly encouraging response from the industry. Kerala Tourism has planned a series of travel trade networking activities, including participation in trade fairs and organising B2B roadshows to introduce the new products to a wider audience.