1.44KG gold and designer necklace worth Rs.24.25 lakhs found from the house of Pradeep Panigrahy 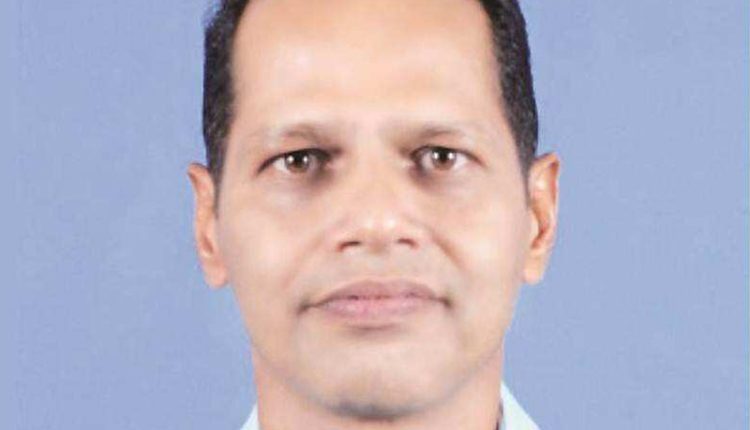 Bhubaneswar (Kalinga Voice) : Further 1440gm gold and a Sabyasachi brand designer necklace worth Rs.24.25 lakhs were found in the house of Dr Pradeep Kumar Panigrahy and seized furing the course of searches in Cuttack Cell Vigilance PS Case No. 06/2021. Steps are being taken for their attachment. Steps are also being taken for freezing of bank accounts, etc of Dr Panigrahy and his family members. The documents found during the searches will be examined by the officers of Financial Wing of Vigilance and Professional CA and Banking Consultants. Cyber Cell of Vigilance will examine all electronic evidences/documents found during the searches. Examination of witnesses, suspects, and accused shall be carried out in due course of time. Investigation continuing.

Earlier , On the allegation of possession of disproportionate assets by Member of Legislative Assembly, Gopalpur Assembly Constituency Dr. Pradeep Kumar Panigrahy, a secret verification was conducted by Odisha
Vigilance. On completion of secret verification, as material was found regarding possession of disproportionate assets by Dr. Panigrahy, a complaint was filed before the Hon’ble Lokayukta, Odisha, Bhubaneswar on 9.12.2020, which was treated as Case No. LY 1348/2020. Finding material in the said complaint that Dr. Panigrahy had amassed assets disproportionate to known sources of income by resorting to corrupt practices, the Lokayukta, Odisha, Bhubaneswar vide order dated 11.12.2020 directed Odisha Vigilance to conduct an inquiry against Dr. Panigrahy under Section 20(2) of Odisha Lokayukta Act. 2014. Accordingly, an inquiry was conducted which revealed that Dr. Panigrahy had intentionally enriched himself illicitly during his incumbency as a public servant from 24.5.2009 to 30.11.2020 and was found in possession of disproportionate assets to the tune of Rs. 5,05,04,656/- (Five crore Five lakhs Four thousand Six hundred fifty six). The inquiry report was submitted to the Lokayukta, Odisha, Bhubaneswar on 28.5.2021.
The Lokayukta, after minutely examining the inquiry report and reply filed by Dr. Panigrahy, found that there existed a prima-facie case against Dr. Panigrahy for an offence under Section 13(2) read with 13(1)(b) of the revention of Corruption Act. 1988 as amended by Prevention of Corruption (Amendment) Act. 2018, and directed Odisha Vigilance to carry out investigation in the matter.

Accordingly, Vigilance Cell PS Case No. 6 dated 4.10.2021 has been registered for a detailed investigation. Further, the Lokayukta, Odisha, Bhubaneswar has authorized the Investigating Officer under Section 26(1) of Odisha Lokayukta Act. 2014 to conduct searches in the case.
Accordingly, simultaneous searches are being conducted at 15 different places of Dr. Panigrahy, his relatives and associates for the purpose of investigation. During the searches so far, incriminating documents relating to purchase of land, vehicles, jewellery and other articles, bank passbooks, credit/debit cards, laptops, mobiles, etc. have been recovered and seized for further examination to ascertain the extent of disproportionate assets acquired by Dr. Panigrahy. Further, cash of about Rs.20 lakhs have also been found from the associates of Dr. Panigrahi, sources of which were being verified.