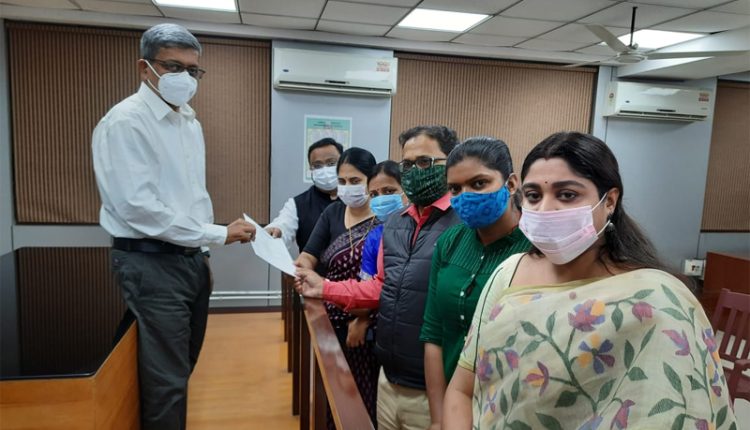 Bhubaneswar (Kalinga Voice) : A Biju Janata Dal delegation met the State Election Commissioner this evening and submitted a memorandum demanding the removal of all BJP led Central Government’s hoardings/banners/posters across Odisha as it is a violation of the Model Code of Conduct of Panchayat Elections ongoing in Odisha. The BJD delegation today met the State Election Commissioner Sri Aditya Prasad Padhi and gave a memorandum in this regard.

“There is a large number of hoardings/banners/posters at petrol pumps, Highways, Airport, other Central Government installations/projects and offices, etc promoting BJP led Central Government in violation of the Model Code of Conduct, which is in force during the ongoing panchayat election process,” the memorandum says . The delegation, which included MP Sasmit Patra, Lenin Mohanty, Sulata Deo, Sreemayee Mishra, Elina Das and Ipsita Sahu, has requested the SEC to ensure the removal of above-mentioned hoardings/banners/posters.