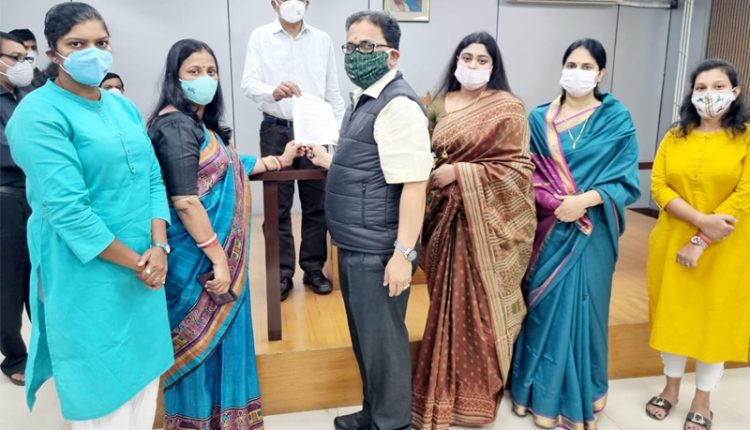 Bhubaneswar (Kalinga Voice) : Biju Janata Dal today reiterated its demand before the State Election Commission for the removal of Central Government’s hoardings at Petrol Pumps as they violate the MCC of the ongoing Panchayati raj election. A Biju Janata Dal delegation including Lenin Mohanty, Sulata Deo, Shrimayee Mishra, Elina Dash, Ipsita Sahu, and Madhusmita Nayak met the State Election Commissioner and submitted a memorandum reiterating that despite earlier requests made before the commission on 18th January 2022, BJP led Central Government’s hoardings at Petrol Pumps continue to violate Model Code of Conduct of Panchayat Elections ongoing in Odisha. They have not been taken down even now. The delegation also submitted photographic and videographic evidence to the Commission in this regard. The delegation requested the Commission for its intervention and urgent action for the removal of the above mentioned hoardings .