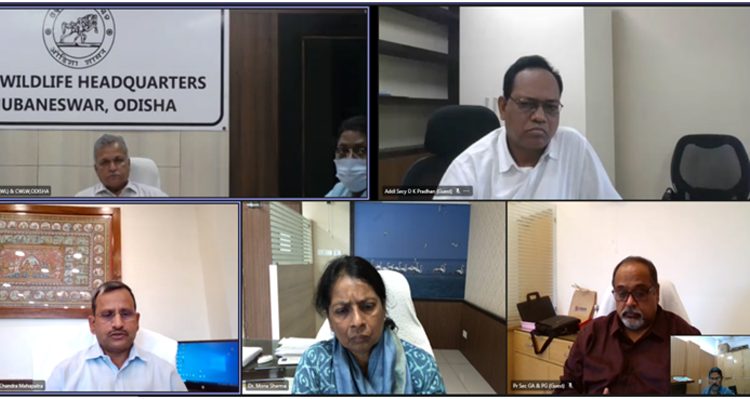 Bhubaneswar(Kalinga Voice):  Eco-Tourism operation through Community Based Management (CBM) model rolled out by Government of Odisha in 2016 has proved quite successful. The eco-spots in Odisha have attracted both the domestic and international tourists recording a manifold increase in the number of footfall and revenue generation, thereby adding to the livelihood sources of the local community.

This was known from a high level meeting held on digital mode under the Chairmanship of Chief Secretary Sri Suresh Chandra Mahapatra from Lokseba Bhawan wherein Additional Chief Secretary (ACS) Forest Environment and Climate Change Dr Mona Sharma outlined the issues relating to development and management of the eco-spots for discussion.

Looking into the progress made so far, Chief Secretary Sri Mahapatra directed to scale up CBM model through closer oversight and capacity building of the community members dealing with the tourists and visitors. Sri Mahapatra said, “CBM has provided alternative and sustainable livelihood to many people who otherwise were dependent on forest”. He added, “It has also empowered the people, and has infused a sense of belongingness towards the forest and wild life among them”.

ACS Dr Sharma appraised, “Eco-retreat activities started by Government have invoked private investment in the sector. The hospitality centers and hotels have come up near Daringibadi and Konark. Some investors have also expressed interest in starting private ventures in other spots like Deomali”. Chief Secretary asked IDCO to acquire non-forest land near popular eco-tourism centers and develop those for setting up the tourism and hospitality units.

The proposals for developing new eco-spots with night stay facilities at Deomali, Karlapat and Nawana were approved in the meeting. Chief Secretary directed the department to release funds immediately for development of the spots. Sri Mahapatra also directed to maintain “pristine character of the eco-spots spots with adequate sanitation measures”. Adherence to covid appropriate behavior all spots were emphasized by the Chief Secretary. The proposal regarding formation of a high level society for enhancing professionalism in the sector was also discussed in the meeting.

Presenting the updates, Principal Chief Conservator of Forest (Wild Life) Sri Sashi Paul appraised that 47 eco-tourism destinations were developed and operationalised in different areas spreading across 18 revenue districts of Odisha. The activity added to the income of many tribal families in the districts of Mayurbhanj, Sundargarh, Sambalpur, Malkangiri, Kandhamal, Bargarh, Nayagarh and Koraput, etc. More than 600 people got good income from the activities.  Sri Paul also said that this year the new spots were developed and operationalised at Nrusinghnath, Koraput pine forest, Patora dam and Tensa.  Under the CBM model around 90% of the revenue generated from the eco-spots was shared with members of the respective communities managing the spots.

Review showed a constant increase in number of visitors to the eco-destinations. It increased from 11,500 in the year 2016-17 to 29,024 in the year 2018-19 and further to around 57,000 in the year 2020-21. This included the tourists from different States of India and countries abroad. The eco-tourism website showed around 22.82 lakh hits from 30 countries of the world. Tourists from 18 countries including France, Germany, Iran, Australia, Netherland, Belgium and South Africa visited the eco-spots with night halts.

LOPAR TURNS INTO DEPRESSION ON TN COAST, LIKELY TO CROSS NEAR CHENNAI ON FRIDAY 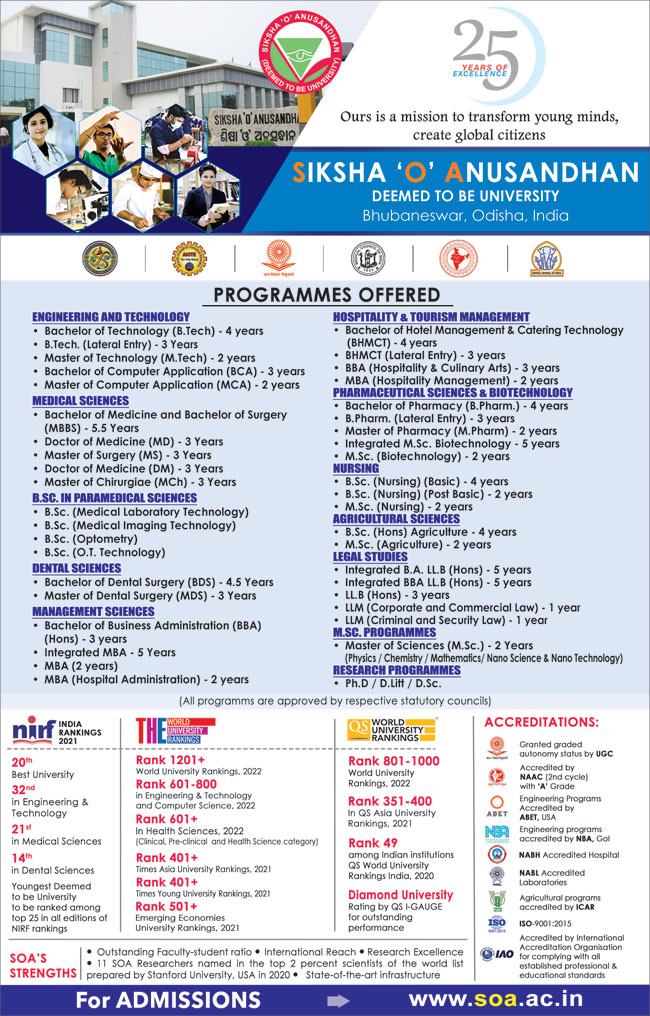