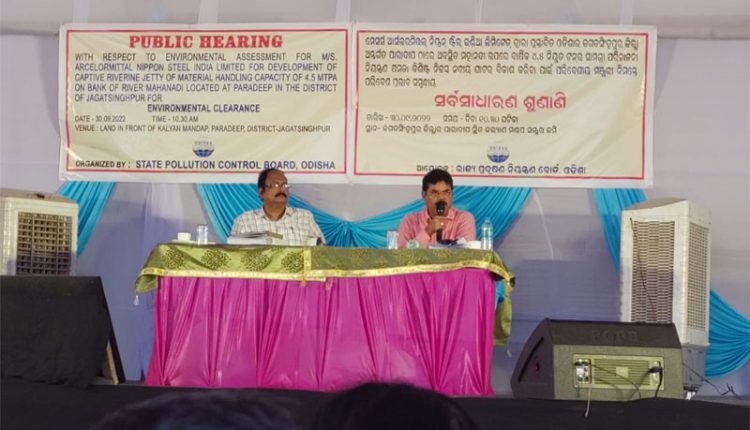 With an aim to minimize air pollution by negating road transport through trucks, AM/NS India has planned to come up with a captive riverine jetty at Paradeep. This will help in reducing road traffic to Paradeep port and also help in reducing carbon footprint. The proposed riverine barge jetty would be constructed on the vacant land having waterfront of about 600metre and is located adjacent to the existing pellet plant and 60 MW (30 x 2) thermal power plant.Both outbound iron ore pellets and import raw material would be transferred from the jetty to Paradip Port and vice versa.

The estimated project costfor the 4.5 MTPA riverine barge jetty will be approximately INR 156.85 crores.This project will create job opportunity for 220 people during the construction phase and 110 people during the operational period of jetty. Local youth would be given priority in employment, based on skills. Besides, the company has set aim to bring all round development in local community.

Mr Akash Mohapatra, Head-Environment, AM/NS India, Odisha operations explained the probable impact envisaged and environment management programme to be implemented as mitigation measures to minimize the impact on environment. He assured that the best technology will be deployed forsafeguarding of the environment and protection of the riverbank.

In addition to the project details, people present in the meeting enquired about the various aspects related to environmental pollution, community & peripheraldevelopment, employment benefits, which were then apprised by AM/NS India representatives. Nearly 700 people including members of the local community, NGOs, representatives of media were present during the meeting.A total of 80 persons from the community spoke on the occasion out of which 75 persons spoke in favour of the proposed project and extended their support. Dr. Kanhu Charan Dhir, ADM, Paradeep thanked the participants for their overwhelming support for the proposed riverine jetty project of AM/NS India at Paradeep.