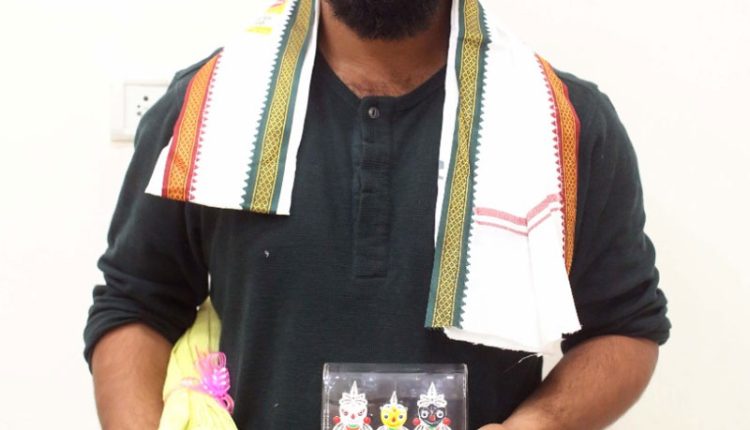 Bhubaneswar: Dipanwit Dashmohapatra, a former SOA student who played a lead role in the Odia movie ‘DAMaN’ presently making waves, was felicitated by SOA Vice-Chancellor Prof. Ashok Kumar Mahapatra at the university on Tuesday for his portrayal in the film with a social message.

The biographical social drama, which featured eminent Odia film actor Babushaan Mohanty, depicted the relentless battle of a doctor and his pharmacist colleague against superstition and malaria in an inaccessible tribal pocket in a remote district of Odisha prompting the state government to exempt the film from tax.

Dashmohapatra, who played the role of the pharmacist, studied electrical engineering at the Institute of Technical Education and Research (ITER), faculty of engineering of SOA, and passed out in 2017. He had been drawn to acting since his college days and worked with prominent theatre groups including ITER’s Dramatic Club ‘Toneelstuk’ and ‘Uttar Purush Theatre Group’. He is also an active member of ‘Jeevan Rekha Theatre Group’ of Bhubaneswar.

His supporting role of a pharmacist in DAMaN alongside Babushaan, who played the role of a doctor, has attracted rave reviews. Dipanwit has acted in five films so far with his last movie ‘Pratikshya’ being selected for screening in Indian Panorma section of IFFI 2022 and won the Best Story Feature Film Award at the Washington DC South Asia Film Festival 2022.

Speaking on the occasion, Dashmohapatra said he considered the felicitation by his alma mater as a ‘big moment’ for him and thanked all his teachers who encouraged him to foray into theatre. “I learnt to act during my association with Toneelstuk at ITER,” he said adding his technical background was helping him as an actor.

Prof. Mahapatra congratulated Dipanwit for his exceptional work in the film while wishing him success in his career.

BJB Friends to reunite on Dec 11