we all must be aligned with the commitment to achieve the target of a carbon-neutral country by the year 2070: Gadkari 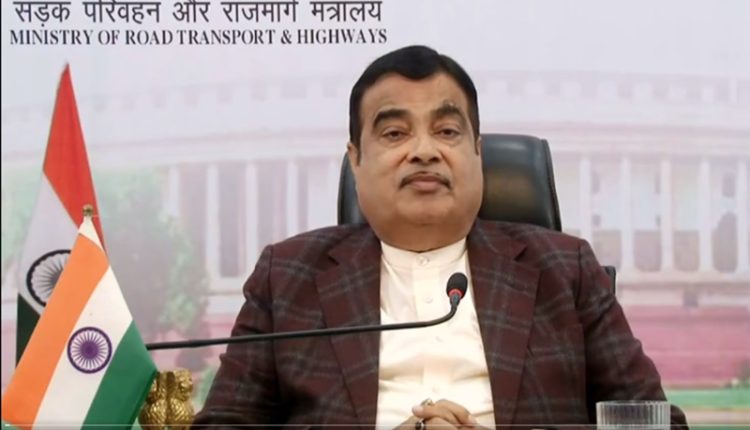 Union Minister for Road Transport and Highways Shri Nitin Gadkari has said we all must be aligned with the commitment made by Prime Minister recently at the COP-26 summit to achieve the target of net-zero emissions or a carbon-neutral country by the year 2070. Addressing ICC’s AGM & Annual Session on [email protected] ‘Empowering India: Today for Tomorrow’ he saidadoption of cutting-edge technology, innovations, and digitalization would lead to all-inclusive and sustainable development in the country. The minister said in the journey of Azadi ka Amrit Mahotsav, we are standing at a turning point where our Government is taking concrete steps towards building a tomorrow, which is far more vibrant, Aatmanirbhar, and climate-resilient than our today.

Shri Gadkari said under the green highway mission, the Government is carrying out tree plantation and transplantation along the National Highways where larger participation of the local communities, farmers, NGOs, and private sector is expected.He said to utilize the benefits of huge investment in infrastructure, the private sector can invest in building logistics parks, smart cities, and industrial parks along the corridor.

Shri Gadkari said construction of 65,000 km of national highways is being done under the Bharatmala Phase 1 and 2.He said there is a plan to develop around 35,000 km of highways under Bharatmala Phase-1 with an overall capital expenditure of over Rs. 10 Lakh crore. 20,000 km of this is already under construction.The Minister said  government is expeditiously working towards the development of a National highway network of 2 lakh kilometers by 2025.

Shri Gadkari said today, India is becoming the largest EV market for electric two-wheelers, three-wheelers, and carsand  special efforts are being taken towards the development of low-cost indigenous battery technologies. He said Start-ups and new entrants in the EV industry are performing well over traditional auto players.

The Minister said with greater participation from the private sector and increased government spending, opportunities for investors in the country’s supply chain are on the increase.