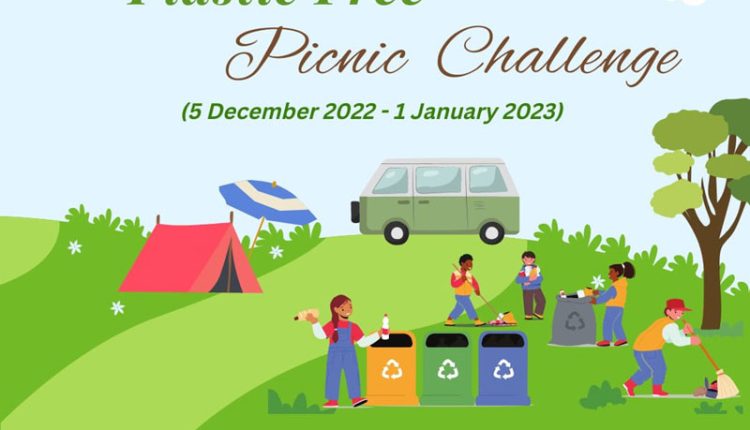 Bhubaneswar: Starting today, the World Soil Day, the #Youth4WaterIndia campaign, is launching a “Plastic-Free Picnic Challenge” among youths of the state of Odisha.  The campaign, conceived by youths and partners associated with the campaign, will urge upon youths – going to forests and water bodies for picnic this season – to not use single-use plastics; and clean up the sites of all the non-biodegradable wastes after their picnic party is over, informed Ranjan Panda, Odisha’s water man, who is also the Co-founder of the #Youth4Water campaign.

We want to reach out to thousands of youths with messages of conservation of our natural spots, said Anurag Gupta, State Programme Director, WaterAid India, another partner of the campaign.

Satyabrata Samal, founder of Sattvic Soul Foundation, said that youths associated with the foundation will visit various picnic spots to spread the messages of the campaign and at the same time help the picnickers clean up the plastic litter.

According to Soumya Ranjan Biswal, Founder Trustee, Odisha Paryavaran Sanrakshan Abhiyan, many people go to ecological hotspots of the coasts for picnics and need proper awareness about keeping the beaches and other places clean.  Through this campaign, we will raise awareness during this period, he said further.

Sk. Mohd. Niyaz of Radio Bulbul, Bhadrak, another partner in this initiative, said, “we are preparing video and radio messages to reach out to as many youths as we can asking them to be true green champions by avoiding use of single use plastic and going for green products such as sal leaf, etc.”

Neelima Mishra of the Ceiba Green Solutions, another partner in the campaign, emphasised on the need for better facilities to recycle the wastes.  “We need to have more alternatives to single-use plastic products and youths in Odisha are capable of doing that, provided with proper support,” she said.

Representative of Educo, another partner agency of the campaign, Sukanta Behera said, “more thrust should be given on continuous education on environmental conservation in each school and college of the state so that such matters can be handled at the source.”

Swapnasri Sagangi from the Foundation for Ecological Security (FES) said that youth of the state can take leadership in conservation of the common property resources such as the rivers and forests.  By targeting the picnicking youths we are targeting to reach out to their families and community members with a larger conservation message.

Rotary Club of Sambalpur Greater, Odisha Local, NYKS and Biswaparibaar are among the other partners actively participating in this campaign.

“During these 28 days of #PlasticFreePicnicChallenge campaign we will take up several innovative ways of raising awareness in as many locations as possible. We are sure this will pave the way for a long-term drive in which more and more partners will participate,” said Panda, who also convenes Water Initiatives, a network of several organisations and individuals working on water, environment and climate change for more than three decades now.

Panda further informed that the “Youth4Water” campaign was flagged off at the 3rd Odisha River Conference organised by Water Initiatives and partner organisations at Baripada in March 2019. “It has now reached out to thousands of youth directly and lakhs of them through online platforms.  We have now decided to call this campaign “Youth4WaterIndia” as partners from other states have also shown interest to join this initiative,” said Panda further seeking everyone’s support.